The United States Military now recognizes that glasses and contacts are not very functional and can even be dangerous for military personnel, especially those in a combat situation. Shofner Vision Center supports those who serve in the military, has seen an increasing trend providing LASIK or PRK surgery to pilots, soldiers, and even snipers. 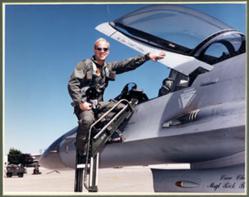 Many individuals, who would have been rejected as pilots due to poor vision, can now serve in the military after having LASIK or PRK surgery.

The military has embraced LASIK and PRK refractive surgery and the ability to function without glasses or contacts, especially for pilots, Special Forces, Navy “Seals” and others entering into dangerous environment. Indeed, glasses and contacts are not very functional and can even be dangerous in a combat situation. Great vision is also needed to work on complex military equipment such as planes, satellites, and computers. According to Dr. Stewart Shofner of Shofner Vision Center, “many individuals, who previously would have been rejected as pilots or for other specialized duties due to poor vision, can now serve in the military after having LASIK or PRK surgery.” Dr. Shofner identifies the top reasons why Shofner Vision Center has seen an increasing amount of military patients for LASIK/PRK vision correction surgery.

1)    Safety. LASIK is one of the safest medical procedures and is actually safer than wearing contacts (especially overnight), because contacts can cause eye infections.

3)    Recruitment. LASIK and PRK surgery assists in the recruitment of armed forces personnel. A common reason for turning away otherwise suitable recruits for some military specialties is poor vision. LASIK and PRK enable the military to draw from a larger recruiting pool and overcome manpower shortages.

4)    Physically Fit. Military personnel should be physically fit, and this includes good vision. Great eye-sight is of paramount importance in a combat situation.

5)    Recovery Time. Did you know that US Navy pilots are permitted to land aircraft carrier in some cases after just 1 week of having LASIK surgery? Recovery is quick!

Payment for LASIK and PRK Surgery
Most branches of the military will even pay for LASIK or PRK prior to sending their warriors into harms way. Each branch of the military now has its own policy for Vision Correction Surgery using both LASIK and/or PRK.